Types of bitumen and its application

bitumeniran > Bitumen > Types of bitumen and its application

Bitumen is a black paste that is used to separate moisture and make asphalt.
There are different types of bitumen, each of which has a specific application and is derived from oil and is mostly produced in oil refineries.
Bitumen is a black to dark brown hydrocarbon that dissolves completely in carbon sulfide and carbon tetrachloride and anneals at ambient temperature, but as the temperature rises, it becomes a paste and then liquefies.
Significant use of bitumen is due to the existence of two important properties of this material. Waterproof and viscous

How are its types availablenormal 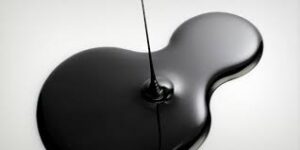 Some types of bitumen are obtained in nature due to the gradual conversion of crude oil and the evaporation of volatiles over many years. This bitumen is called natural and it is more durable than oil. This type may be pure in nature, such as Behbahan Lake bitumen in Iran, or it may be extracted (mineral) also known as Uintaite.

Petroleum bitumens
After distilling the crude oil, crude oil is formed. This type is called petroleum or distilled bitumen. In the first stage of distillation, light materials such as benzene and propane are separated from the crude oil.
This process occurs at pressures close to one atmosphere (unit). In the second part, heavy compounds such as kerosene and diesel are extracted. This is done in the vacuum pressure stage. Finally, a mixture of very fine solid particles called asphaltene remains, which float in a fatty liquid called malton.

The emulsion is obtained by mixing bitumen, water and an emulsifier. The amount of emulsifier is very small and about 0.3 to 0.5% by weight of bitumen. The amount of water used in this type of bitumen is about 30 to 50% of the weight of the bitumen. The emulsifier is an alkaline salt of organic acids or ammonium salt that causes bitumen particles to become charged. In this way, the particles repel each other due to the induced load and are immersed in water in a spherical shape with a diameter of one hundredth to one thousandth of a millimeter.
Application
Currently, the desired adhesive is used in all hot and cold asphalt works, soil stabilization, types of protecti